Today, 3rd June 2015 marks the end of the grace period provided by the Garante for becoming compliant with the cookie law in Italy, following the publication of its guidelines. 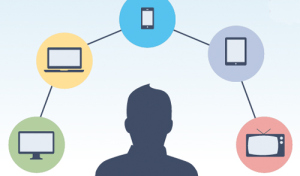 One of the big issues faced by the online advertising industry at the moment is the fragmentation of audiences onto different access devices. Their preferred solution to this problem is cross-device tracking, but this raises new privacy issues, which are drawing increased attention from regulators. In this article we look at the issues, and what it may mean for the future of marketing.

We recently conducted a survey of users of our Privacy Audit platform, to find out what we could do to improve it for them. To all of those that responded, we’d like to say a big thank you. More importantly however we can now also say: You asked, we delivered.

Facebook’s consumer tracking practices have been coming under increased scrutiny in recent months, including a recent report carried out for Belgium’s Data Protection Authority (DPA), where the authors provide the opinion that the company is in direct breach of the EU cookie laws.

A landmark decision by the UK Court of Appeal last week has opened the way for consumers to claim damages from Google over the setting of tracking cookies against users wishes. It could also clarify the question I posed just recently about the status of cookie profiles as personal data, which will have wide ranging consequences for the whole digital industry.

Most websites sites are providing information about cookies, but a lot less are obtaining consent and even fewer providing user controls. These are the broad findings published this week by the ICO and Article 29 Working Party, following their cookie sweep conducted last autumn.

When the new European Commission was announced last year, one of the tasks for Gunther Oettinger as Commissioner for Digital Economy and Society was leading a reform of the e-Privacy Directive. A timetable for this has now emerged so we have decided to look at what the main issues for the review are likely to be.

The Dutch public broadcaster NPO has been handed a fine of 25,000 Euros this week for failing to put in place an adequate consent mechanism for the use of cookies.

The UK spy agency GCHQ used the contents of common tracking cookies to help identify individuals as part of its surveillance operations, according to an article published by The Intercept over the weekend.

The UK’s most used cookie law compliance model is not compliant if Do Not Track requests are ignored by websites setting tracking cookies, according to the UK Information Commissioners Office (ICO) case work team.