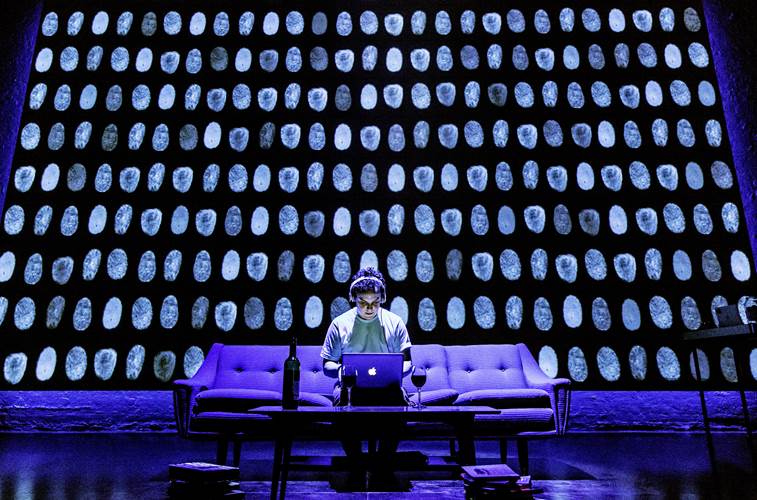 I went to see the new play last night, Privacy, showing in the Donmar Warehouse in Covent Garden, London.  Its aim is to tell the story of both the social and personal impact of online surveillance, by governments and corporations.

It was an excellent performance – and one I would recommend to any privacy professional as well as people just interested in the subject.  Covering a wide ground with a mix of comedy, seriousness, and informative audience interaction, it will surely help to make people more aware of the impact of the ubiquitous, always on tracking of our digital age.

Mixing facts from the Snowden story, including an excerpt from one of the video interviews he gave when first going public, with research data and a narrative about the meanings of privacy and secrecy in society, it managed to get the audience laughing loud at one moment, and looking concerned for their own privacy the next.

So at one point we were asked to try out Google’s predictive search by typing out ‘Is it wrong to..’ in our phones – then share the more unusual results with the crowd.  We were also posting selfie’s, and being shown just how much information the theatres own wifi could gather and expose about us.  The next moment we were listening to actors playing real government officials (the William Hague impression is particularly good) giving us a very familiar ‘nothing to see here’ brush off, followed by a demonstration of just how much the famous metadata can reveal and how it can be easily misinterpreted by people looking for evidence of wrong doing.

For those of us who have been involved in the privacy sphere for years, there was nothing new here.  However, for me it is a great demonstration that explaining the issues to people in the right way, and showing them what they can do about it, can help them to realise the importance of taking back some control.  As I was leaving at the end of the show, I heard two women discussing how they were going think more carefully in the future about how much they share online

Verdict: This play deserves to run and run.  Although a larger theatre would make the audience interaction more difficult, it would be great to find a way for as many people to see this as possible.  Go and see it if you can.